After a degree in Theater from Smith College, Massachusetts, I worked as an assistant director on the award-winning Hindi cult film Satya, and later as writer / editor on the travel channel of Indya.com.

My first film script, Baraf, was bought by Aamir Khan Productions Ltd., and the second, Shabana (co-written), by Excel Entertainment.

My children’s books include Shakuntala and Other Timeless Tales of Ancient India (Scholastic India), Growing up in Pandupur (Scholastic), and Chuchu Manthu’s Jar of Toffees (Pratham Books). Candid Tales: India on a Motorcycle (HarperCollins) for young adults, is a collection of fictionalized short stories based on the actual biking journeys of Candida Louis. Left from the Nameless Shop and Being Sheela: The Life Journey of an Immigration Lawyer, both HarperCollins publications, are my books for adults.

Numerous short stories have appeared in anthologies across leading publishing houses, in American literary journals, and in English school text books all over India.

I am currently scripting a play titled “The Nights” (based on stories from the Arabian Nights) for Katkatha Puppet Arts Trust.

A “Malgudi Days-esque” collection of stories for adults 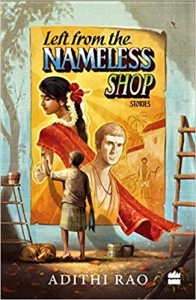